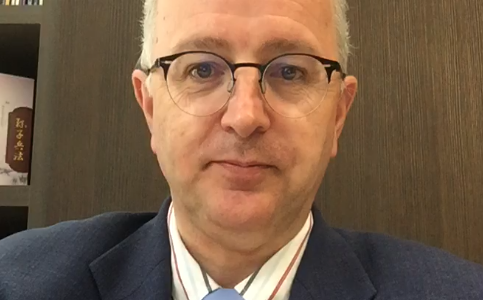 Speaking at the closing ceremony; Olivier Dambrine, Director CODIFOR, represented by Agathe Gondinet expressed satisfaction working with ANED and particularly the new relationship between ANED and APUA with the hope that the partnership will create growing opportunities for the DisCos.

ANED CODIFOR Project, is a tripartite project comprising of The French Development Agency in Nigeria (AFD) as the funder, the Cooperation, Industrial development and Training (CODIFOR) as technical partner and Association of Nigerian Electricity Distributors (ANED) as the beneficiary on behalf of Nigerian Electricity Distribution Companies (DisCos).

The Project with a life span of thirty (30) months was launched in July 2016 but officially started in January 2017 with the project closure scheduled for June 2019.

The Project Coordinators; Rotimi Adebari (ANED) and Agathe Gondinet (CODIFOR) described the end of the partnership as a new beginning for ANED and Nigerian electricity distribution companies.

The partnership between the Association of Nigerian Electricity Distributors (ANED) and CODIFOR was set up with the primary purpose of empowering DisCos chiefs and heads of human resources to build capacity and performance in Nigerian electricity distribution sub-sector.

Q1.What state do you live in?
Ans.
Q2.Please rate the electricity supply in your neighborhood ?
Ans.
Q3.Would you be opposed to an increase in electricity tariff ?
Ans.
Q4.Do you pay your electricity bill regularly?
Ans.
Q5.Do you currently have a prepaid meter?
Ans.
Q6.Do you enjoy power supply regularly?
Ans.
Q7.Do you agree that there should be penalties for energy theft?
Ans.
%d bloggers like this: